Ferrero India has made rapid in roads in the Indian chocolate market with premium range of products.  The products launched by this confectionery giant include Kinder Joy, Tic Tac, Ferro Rocher, Nutella and Kinder Scho- Bons Crispy.

The corporate milestone is illustrated below-

Ferrero Kinder joy chocolate is one the most popular brand in the character confectionery segment aiming to boost sales in the Indian market.  The USP of the product is combination combining chocolate, a surprise, and a toy.  The company in India has catered towards the premium segment without sacrificing on quality and innovation. 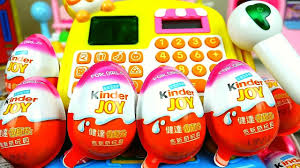 Kinder Joys are egg shaped; the box has an egg tray inside for holding the chocolates steady.  This differentiates the product from other chocolates which are a typical rectangular slab.  To make the product more appealing to its target audience, it uses customization in packaging.  For boys, the packaging has hint of blue color with transfers in photo and for

girls it is in pink color with photo of Barbie.  The brand has adopted 5R packaging strategy.  The 5R’s are removal, reduction, recyclability, reuse and renewal.

With its objective expand its market presence in India Kinder joy had launched a marketing campaign ‘’SMS for Joy” that gives away prizes to customers who buy promotional packs.

The magic kinder educational gaming app on the play store(Google) and App store(Apple) launched by the company is designed to help families play and learn together through engaging games, activities, videos and stories in a safe environment.