The recent trends in the growth of solar energy in India points out that the solar energy is going to be the future of energy generation in India. The solar installed capacity in India in 2018 was 26 GW reflecting a higher growth rate of 53% compared to previous year.  The industry reported generation of 17 GW of energy in the year 2017.  The National Solar Mission of Government of India has set a higher target by 2020, and the government has taken steps t to reach the target on time. The total average pricing of generating solar energy is 18% lower than that of thermal energy (Coal- Based). Thermal energy generation contributes around 79% of total Indian power generation, and remaining 21% contribute by solar, biomass, hydro and wind all together. Even though total solar capacity reached 26 GW, the solar energy accounted to only 1.67% of total energy generation in the country in 2018. 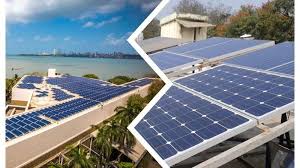 According to the India Solar Project Tracker by Mercom, rooftop solar energy generation accounts for 1.6 GW with the remaining 18.4 GW coming from utility-scale installations. Telangana leads among the Indian state with respect to cumulative solar installation. The Ministry of New and Renewable Energy (MNRE) has announced new programmes and policies to offer incentives for rooftop solar project commission to the various distribution companies. In terms of solar power installation India overtaken and already become the second largest solar power market in World.