The Chocolate industry has witnessed tremendous growth in the past several years in Indian market.  According to overall market research, it will continue to grow in healthy rate in next few years to come.  The chocolate market size was estimated to be $1,677.14 million (INR 11,256 cores) in 2016.  Mondelez India, Nestle India, and Ferrero are the top in the chart with more than 67% of the overall market share.  The other international brands like Mars are growing slowly.  However, Mondelez India has lost its market share from 62% in 2014 to 48.60% in 2016 but the company still tops the chart. 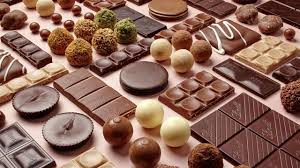 There are three types of chocolates namely Milk, White and Dark.  In recent years dark chocolate has gain popularity because of health benefits and rising awareness among the consumers.  International companies like Mondelez and Nestlé have successfully introduced their dark chocolate brands such as Bournville and Nestlé Dark Chocolate.

Ferrero and Mondelez India with its Kinder Joy and Cadbury Gems brand are slowly trying to gain the momentum in Character chocolate confectionery segment.  Mondelez India was the first to launch character chocolate confectionery in India with its brand Cadbury Gems mostly targeting kids between the ages of 0-10.  The chocolate character segment is driven by trends in Entertainment/Character industry and is dominated by Disney and DC comic.  Some of the popular characters in the recent years are Angry Birds, popular Disney Characters and DC comic super Heroes.