Let us define a COMMON MANby linking the famous cartoon of RK Laxman. 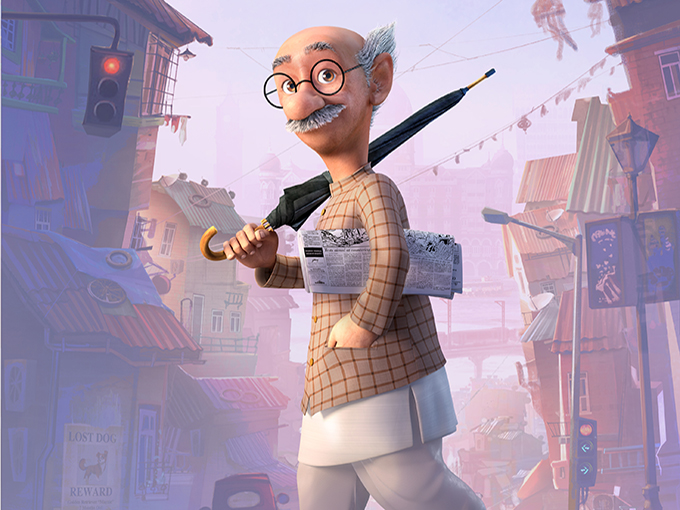 The above picture (courtesy: RK)is a clear caricature of a COMMON MAN.  Do not ask how many cars he got and how well he has been employed.  He used to go on foot years back but later moved to bicycle and of late he uses public transport or two-wheeler.  If somebody offers coffee or tea, he takes it with a big sense of gratitude.  He never snatches anybody’s livelihood.  His income is meager, and he can be an agriculturist, migrant worker, job lost one, small-time worker, small entrepreneur, and apparently he is not funded by any government or bank.

Will he fall under government beneficial schemes? Most probably NO, and many restrictions make him avail of any of the government schemes/falling under beneficiary statistics.  No agency will have a number about his financial condition and his movements.  Nobody knows how many ‘COMMON MAN’ moved from one city to another in the recent pandemic. Mostly, he is considered equally as a jobless person.  If he is an agriculturist he is ashamed of going to Bank/burdened with loans, if he is a small worker or entrepreneur his income is not sufficient to meet a Bank Manager.  If he is jobless or job loss, he is below credit rating as well.  By virtue of his little income, he is not falling under the poverty line as well.

GDP is a misnomer for an even educated person.  They also blame bad luck/curse when their purse is getting emptied out whereas the corresponding income is shying away.

GDP cannot be managed by numbers nor can be tricked by changing quantitative data.  COMMON MAN smells it, the moment it drops, and the number change game is unknown to him.

Improving GDP needs the stupendous work of economists.  Surprisingly, the country witnessed a higher GDP from 1992 to 2015 as given below; 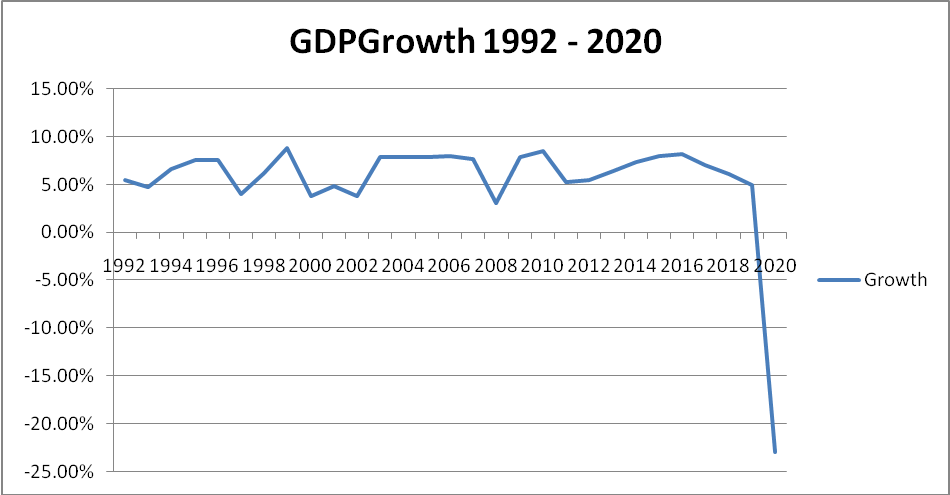 A strong economy supports citizens realistically and can ensure that all factors of production are moving in tandem.  The economy with strong fundamentals will have resilient power and will be least affected by adverse factors in the macro-environment.

Who contributes to the fundamentals?  No political party has anything to do with the fundamentals.  It is our citizens who contribute to the factors of production, and if we weaken your citizen our fundamentals are weakened.  This is what happened in the recent past.  The purse of COMMON MAN is emptied by the stunted growth of ‘factors of production’.The worst affected segments are construction (–50%), trade, hotels, and other services (–47%), manufacturing (–39%), and mining (–23%).  Even the automobile and construction industries were badly affected by demonization, and it further dropped with the recent development.  The ‘factors of production’ needs to be bolstered with appropriate investment in infrastructure.  By seeing the horrible traffic congestion in Bangalore with the associated non-productive hours the citizens need to spend, one can conclude that the government managers did not support factors of production in the recent past.  Thus, with poor infrastructure investment, the cost of operations of enterprises is bound to increase which will result in a reduced profit and lesser sharing of surplus with stakeholders across all sectors.  While a Common Man is taxed without the corresponding benefits, his purse is getting emptied. He ends up spending hours of non-productive efforts to meet his livelihood.  The whopping 18% tax when you re-charge your cell phone is a small example of draining out your purse due to  higher tax rate.

Coming back the GDP, it is the sum and substance of the total monetary or market value of all the finished goods and services produced.  Thus, it impacts your household income since the production of goods/services results in your income.  Household income is the money each one of you finds in your wallet.  If two persons are working, your household income is doubled, and if nobody is bringing money your household income is zero.  Imagine a drop in 23% in GDP how it affected the COMMON MAN.  Overall, his purse is emptied by 23% at an average.  The one with saving of 24%, and above passed the break-even but not the case of Common Man. With a reduced level of enterprise activities, poor infrastructure investment, higher tax rate, the COMMON MAN will not find an opportunity to sell his agricultural commodity with better return, do not find better job prospects, nor will  get customers for his business.  His food stall will be empty, and his wallet will keep on getting drained out.

Thus, with lesser economic activities, and falling GDP the COMMON MAN is down.  He cannot read the GDP numbers, Market Research data, nor will look into number jumbling but being affected by the heat of the wave.  He will go back to the pre – 92s, live with one meal instead of two, and continues to go on foot instead of catching the bus / using his two-wheeler.  He will sacrifice milk in tea. and later sugar also.